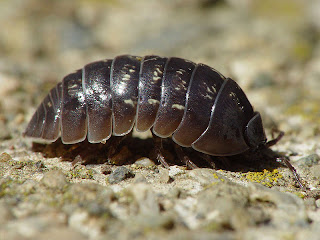 Don't get me wrong. My girls collected bugs, worms, etc. When I was young, I remember cutting worms in half on the concrete slab my dad had laid only to wake up the next morning and find double the worms. I wonder if they really do grow their parts back. That is why I was doing it, you know, to make more worms....I don't know why. I was 7.

I am being transformed from a mom of girls to a mom of boys. Even though my life as a mom of girls had some bugs involved in it, most of my experiences were with tea sets, dress up clothes, and twirling.

But, my life as a mom with boys....well, there are lots of creepy crawly things everyday.

"Evan, come in the house so we can leave, and bring your bowl of macaroni and cheese back in with you when you come, please."

And here he came. But, as he was walking in, I noticed things were slipping from his tight little fist right into his mac and cheese, and he was trying to fish them out with his same little fist. Potato bugs! Lots and lots of potato bugs. Again, I can handle bugs. I am not thrilled about them, but when I am shown different multi-legged creatures everyday, I have had to learn to buck up and look at them while speaking with great admiration in my voice. But his mac and cheese was being infested with rolly pollie potato bugs. Yuk. 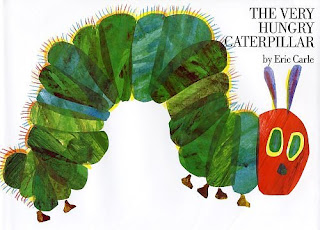 Example #2: "Night Glower" This is what he calls them, very confidently, I might add.

A few hours later he came tearing in the house with his friend trying to find a shovel. Why?

The victim: A caterpillar.

Steve and I were rolling by the end of this description. Yes, please put the poor thing out of its misery, but use one of your plastic shovels. I really don't want "that" on my gardening shovel.
Posted by Shellie at 10:11 AM

My children loved the Very hungry Caterpillar. They could recite it off by heart so woe and betye me if I missed words out to skip through the story quickly

My brother and I used to pull the legs off daddy longlogs and watch them twitch until sundown. We caught spiders in a jar, added soapy water, and watched them drown. Is that why I suffer arachnophobia today? Am I waiting for REVENGE OF THE SPIDERS???

oh my gosh Shelley, is this what I have coming? This is sooo funny! The things cute little boys say(and play with)! I love it. :)

A Little About Me

Shellie
I am Shellie. I have been given mercy when it wasn't deserved. I am blessed beyond my wildest imagination. My pain has not been in vain. I am the wife of my ever-growing husband, Steve. I am the mommy of Tiffani who teaches me kindness, Coral who teaches me how to be free, Lindsey who teaches me it is okay to believe in who I am, Amanda who teaches me perseverance, Ian who teaches me thoughtfulness, and Evan who teaches me to serve. I want to live my life not just endure it. I long to be filled with simplicity, kindness, and compassion. I believe that when we are fully alive, we experience brokenness and blessings each day...and I am okay with that...most days anyway.

Back to the Beginning